Be Careful of What You Wish For

With the recent update of window treatments, I felt at ease for a solid six seconds that things were under control in our house. I felt like the list of projects was at a manageable size and I could finally take a few minutes and just enjoy my surroundings.

Then it got nice outside. I guess that’s probably the problem with buying a house in the dead of winter. You don’t pay attention to things like decks and landscaping. Not to mention the inside of the house was such a wreck, the outside seemed like minor details in comparison. And the other factor being that the house is ugly on the outside…period. It has amazing qualities on the inside that obviously far outweigh the curbside appeal. And I’m sure that this house was magnificent in the 70s with the arches and hangover roof just not today. The good news is that we are surrounded by houses that are equally ugly from the same time period.

So I started to get quotes and tally up what needs to be done to get our exterior as nice, or even somewhat in the same realm, as the inside of the house. Starting with getting rid of our tenants (and I’m not talking about our old house).

We endearingly refer to this as Grandma’s house. In actuality it is the nasty, ugly shed that is sharing about a foot of our diagonal neighbor’s property and costs WAY more than I ever would have imagined to get rid of!

Then there’s our landscaping. I have never planted anything in my life, not counting the little flowers that every kid plants in a styrofoam cup at some point in their life. I, of course, would like to take up gardening but my knowledge base is EXTREMELY low. So perhaps I might have identified the previous garden as pretty… 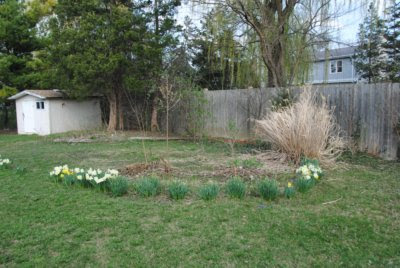 Then again, probably not. 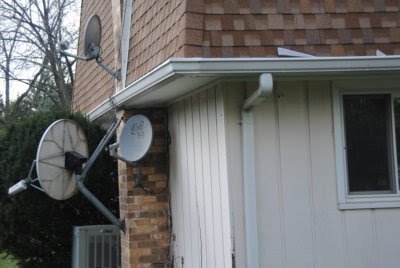 Ain’t being a homeowner grand?

3 thoughts on “Be Careful of What You Wish For”