I don’t think I should have ever had kids. I don’t have the stomach for it. Putting aside all the stress us parents have in actually raising suitable human beings to set loose on the world, I can’t seem to handle the growing pains my kids are experiencing out in the general world. If I can’t handle it in kindergarten and second grade, how am I going to handle the high school years? Or dare I say, junior high!!!!!!

Between altercations on the playground and birthday party drama, I internalize everything that happens to my children. The next day they don’t even remember the problems they were having, yet they haunt me for days.
The first major concern that jumps in my head whenever one of these “issues” arise is what did my kid do???? Maybe it’s because my first born’s early years were spent pounding on lots of daycare buddies. Or maybe it’s because my own mother always emphasized that the only people we can control are ourselves. Either way, I always automatically assume my kid is to blame for whatever circumstance we are up against. I have found it equally as infuriating as the years have gone by, how most parents have the exact opposite feelings. The eagerness to point blame elsewhere is yet another component of the pains I suffer from the indirect implications of my children navigating the outside world.

The next painful concern is the reputation piece. If my kid has problems relating to his peers or she is excluded from a gathering, will the actions that led to that become something that follows them for years to come? Everyone knows someone from growing up that is attached to a nasty reputation. Did the acts that led them there define their reputation first or could they not escape that reputation from a misunderstanding so it just started to define their future actions? Was the bad kid always a bad kid or the negative expectations everyone had molded them into the bad kid? Either way, I don’t want any of my kids known as the bad kid.

I have to think that I’m personally so engaged in my kid learning how to have better sportsmanship and my kid learning to be inclusive of everyone that by shear virtue of engagement these wouldn’t be problems. Then again nobody really knows how their kids act when they are exclusively around their peers with little supervision. As much as we teach, preach and pray that our children behave a certain way, we truly have no idea what they do when set free. This leads me to probably the true underlining issue amongst this whole debacle – am I doing a bad job?

When I was a working person, I received reviews. People would use measurables to see how I was performing. Hearing from my myriad of bosses that I was doing a good job was so nice for my own self-esteem. Since early retirement, nobody validates the job I’m doing. I didn’t receive an “exceeding expectations” with my diaper changing skills. And I’m pretty positive I’m not getting a good review in raising well-balanced, considerate, compassionate, sensitive yet strong humans. At the very least, the verdict is still out. So these altercations with classmates, as temporarily jolting as it may be for the kids, become devastating for me. In some way I can’t help but think it’s because of the reflection it is on me and the job I’m doing.

As the stakes get larger and issues more vast, I don’t know how I will personally weather those storms. In trying to raise confident, successful people, I need to be an example of strength and support for my kids. Yet at the sight of an issue, I crumble. How can I keep these challenges in their proper perspective? If they really are colossal issues, how can I build my strength to be a support for them? 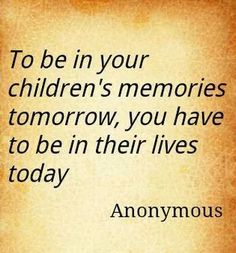 One thought on “DRAMA”

Can you fail kindergarten? » »