Sometimes I forget that just because something looks Facebook perfect, doesn’t mean that everything is as it seems. Everyone knows that family on Facebook that just looks perfect. The kids always smile perfectly, everyone’s clothes are always cute and perfectly well coordinated, posts sound like life is pretty damn good. Just because it appears that way, doesn’t mean that is exactly the way their life really is.

Take this photo for example… 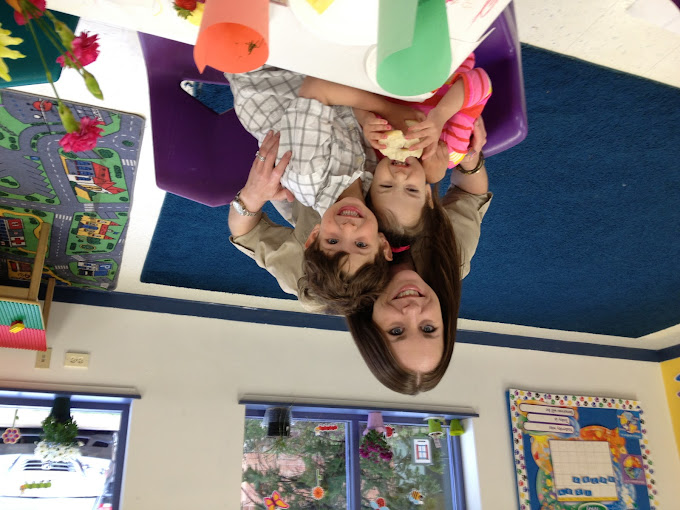 Mom looks as happy as can be celebrating Mother’s Day with her two well-dressed, adorable little rugrats. Awwww. Life is good. In actuality, there was World War 3 getting these crazy kids into their clothes in the morning. Drew’s idea of Mother’s Day brunch apparel did not equate to my idea and Gabby preferred a sun dress. Doh! The day continued to escalate from there, they became especially crazy and out of control at the school wide Shabbat. Ultimately elevating into everyone acting up and mad at each other. This pleasant photo might be the only good thing that came out of that Mother’s Day brunch.

There aren’t enough pictures posted on Facebook of everyone’s houses after their children have their way with them. There aren’t enough posts about the brutality mothers suffer at the hands of their children. And I mean brutality because today I experienced both a punch to the gut, kick to the leg and was told that my child wished I died. Died?!?! Where does he come up with this stuff?!?!

It’s days like this that I see funny kid innuendos or children gallivanting in a pile of leaves that I feel completely and totally alone in a world full of picture-esque mother/child family moments. I can’t be the only one that got no sleep and entered a war zone during waking hours. I can’t be the only one that wonders if we’d all be better off if I went back to work and these kids were forced to spend waking hours incarcerated…I mean babysat. C’mon Facebook, show me some of the good stuff and make me feel a little less alone on this island with a few monsters!

One thought on “Picture Perfect”