I am not a fan of the holiday season. I’m not the Grinch or anything. It’s not that I don’t like getting or receiving presents. It’s that my kids, mainly Drew, do not need much encouragement to act like a complete spoiled brats and this season perpetuates it to the umpteenth! 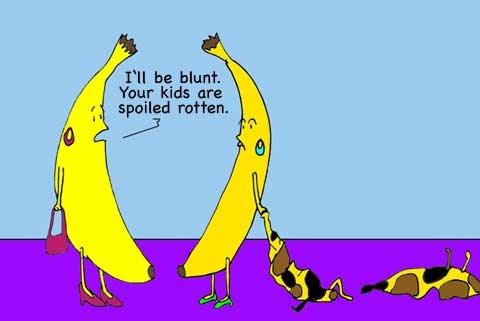 I’m no saint in this story. I want him to have presents he will love. I’m in the quest to find him things that will make him happy too. But the amount of presents that trickle in to this house is enormous and the amount of appreciation for what these gifts represent is so minimal. I realize that he is only four and this concept is a big one for even the most mature four year olds. But it is a challenge.

We volunteer monthly giving food to people that struggle. We buy presents and donate them to different organizations. We try very hard to pass along the message of how very fortunate we are, but something is seriously missed. There are still tears upon donating toys, there are still times where offering up a mere “thanks” is a challenge and as the month goes on my little boy becomes greener.

When he was younger, he would cry when he would go to a birthday party. He wanted to receive the presents, he wanted to blow out the candles and he wanted to be the birthday boy. As he has gotten older, he is understanding the concept more. He is excited about the goody bags and accepts that he does not get those other opportunities (presents and candles) until it is his birthday. He’s still not thrilled when I get an especially good present for someone but he’s gotten better.

So maybe time will help with the holiday season. Maybe someday he will stop and really look at each and every present, rather than throw the gift to the side and ask for the next one. Maybe he will give the contributor of the gift a sincere thank you followed up with a nice hug. Unfortunately I’m afraid I may not live long enough to bear witness to this type of gratitude.

So as we enter Chanukah in a couple weeks, I brace myself. I brace myself for the greediness to come. I also celebrate the opportunity to hang over his head the consequences of not playing with his new toys if he doesn’t behave appropriately. So I guess there is a silver lining after all 🙂

« « A Picture Says a Million Words

She’s getting a promotion! » »