All you need is some magic!

There are few things more exciting than Disney World. New puppies, Christmas morning, sleepover parties…all might rival but my kids aren’t getting those so it’s Disney! In days prior everyone kept asking me if I was excited. I looked at them like they were crazy. It’s not that I haven’t been touched by the magic of Disney before (this was our third time bringing the kids – click here to read about our first trip to Disney), it’s that we were taking three kids on an airplane, running to the parks everyday and managing the different ages (let alone personalities). Who could be excited by that?!?! 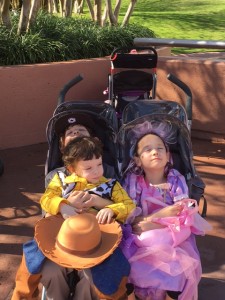 Without question, Disney is magical. It’s possible I even forgot HOW magical it feels in preparation for the trip. I can’t properly explain it. The rides are age appropriate for pretty much everyone (except maybe the crazy roller coasters that Drew discovered), the shows are incredibly entertaining (I’ve never seen so many great fireworks) and the food was delicious (the scale made that clear!).

This experience was a little different. For one, I thought we were going because I love taking my kids when they are around three.  There is an innocence to their enjoyment that I love to bear witness. What I neglected to realize was how unbelievably special it would be to take my seven and a half year old! His level of comprehension and his articulation for the fun he was having added to our whole experience. It didn’t hurt that this is the child I so frequently struggle to relate to. It literally brought out the kid in him in the most delightful way.

Secondly, the three year old that was the motivation for the trip in the first place, was not the three year old that we had previously brought. Both Drew and Gabby came to Disney World when they were younger buying into everything. (click here to read about our 2nd time in Disney)  They couldn’t get enough of the rides, the shows and the characters. Noah is a different kind of kid. He’s scared of his own shadow. In some ways that was equally endearing. Just a different kind of experience.

You pretty much need a college degree in the art of navigating Disney. Between reservations months out to eat at a sit down restaurant to fast passes, it’s very overwhelming. The nice part of having been a couple other times is that I not only have the hang of the system but even know my way around the parks. Makes an otherwise complicated life a little easier. 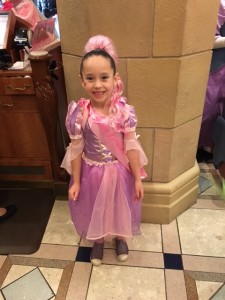 Lastly, January is always a delightful month to get out of dodge. Nobody wants to hang around here for below zero temps and icy cold conditions. However, nobody also wants to wear winter coats in Disney. And nobody, for sure, wants to lose their favorite Lululemon hat in Disney World. Doh! Maybe January wasn’t the best month to go but at least we didn’t have to fight the lines! 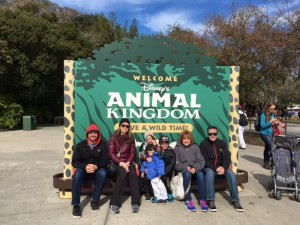 All in all, it was a great trip but I am very happy to be home…as are the people who flew with us on the way home. It’s possible we are on the “No Fly List” now!!!!!!!