If you polled parents with multiple children around the world, I’m sure one of the largest complaints would be fighting. And previous until just recently, I would say the fighting is a nuisance. However, in the last few weeks the fighting in my house has becoming completely intolerable.

Gabby is definitely beyond annoying but Drew is aggressive and short tempered.  And the minute Gabby dials back the level of annoyance, Drew increases his level and Gabby becomes the worlds biggest cry baby.  It’s a horrendous cycle that creates such negativity in our household. My adorable baby has started saying “I want to punch you” from the amount of times he’s been exposed to that statement.

When I had Noah, I made books for Drew and Gabby describing them and what kind of siblings they would be to their new baby. I always tell them how their siblings are their “forever friends.”  I’m starting to feel that it was extremely naive of me to think that they would ever be friends in this lifetime, let alone forever.  The true story that would be told in those same books would be a tale of verbal abuse with some physical abuse thrown in.

The interesting part is that Drew is literally the best brother to Noah. He is patient and understanding with him. He has no problem celebrating the little guy or putting Noah’s needs In front of his own!!!  I guess that is evidence that he’s capable of these behaviors!!! 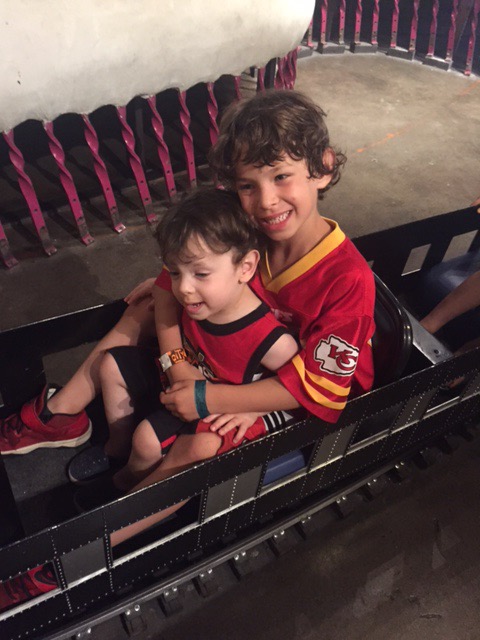 I certainly know my fair share of siblings that had tough relationships while living under the same roof and came to be good friends once they were older.  I do believe in my heart that there’s still hope for them. There’s still hope if their relationship is not too damaged in these years. Not to mention that it’s a very long time before they don’t cohabitate. I don’t think I will survive 11 more years of this!!!!

Suddenly my perspective of my existence as an only child doesn’t seem as bad as I might have thought when I was growing up. The thought of a morning not being berated by a mean brother or feeling constantly pushed to my limits from an annoying sister kinda sounds peaceful at this point. Goes to show that the grass is always greener on the other side…