Have you heard the news??? John, Jane, Jim and George have Mrs. Teacher but Sally, Stu and Seymore have Mrs. Whogivesaflyingflute. Oh yeah, you heard it here…our school district “released” or accidentally posted (whatever you want to call it) class placement ahead of schedule. Gasp. In the life of a parent (a parent without a job no less) in suburbia, this is the biggest thing since sliced bread!

Until last year, none of the teachers meant much to me. I find it hard to believe that there is a bad teacher in a district where taxes are as high as they are and parents are as involved as they are here. And as for the students, there’s always going to be rambunctious boys to help play into the fact that my son is also rambunctious so teaching him the art of keeping it together is just part of school. 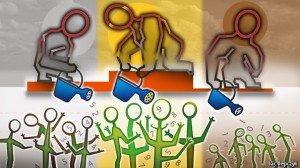 Then last year happened. Drew had the best teacher for him. I can’t speak to other students with other needs but she was perfect for him. If I had asked her to stand on one foot, while patting her head while teaching lessons, she would have. Drew blossomed scholastically in a way I would have thought impossible previous to first grade.

“CLASS LISTS ARE UP.” The fateful text I got this morning…duh to duh!!!!!!!!! We are embarking on some serious history. This situation, whatever it may be, might make or break Drew. I felt anxious when he entered first grade because it would be the true tell tale if he could handle school in a conventional way. The demands were large – reading and writing now becoming a requirement. The days were long in a way he had never experienced. Second grade, however, is a whole different ball game. The expectation is that you can read and write, and you can keep it together for a full day. Other than that, it’s icing on the cake now. So maybe Drew stepped up to the plate when the demands were loud and vast, but what happens when it’s a quieter year full of perfecting what you did last year? What happens when he dives into a deeper level of understanding.

I’d like to say that I can just rest easy that I have a smart kid who will pull through…which might actually be my mantra if I were a different person. I’m not naive to think that the success of the year lies only on the teacher’s shoulders. However, I feel pretty confident if he has a teacher that can feel out his strengths, strengthen his weaknesses and have the patience of a saint, he’ll do great. Does that teacher exist? If so, is that the class he got placed in this morning??????