Bed time, oh bed time…how I have missed you. Between our trip to Costa Rica in the beginning of December to two LONG weeks of winter break, we have spent the better part of December letting everything go…and I mean everything!!!!

Happy Monday started with the great breakfast shake down. Gabby has spent the better part of December living off of snacks. Yesterday she started the day off with a bag of veggie straws. I’d like to blame it on lack of oversight but the truth is that I just gave in and didn’t have the energy to fight. The buck stops here though. Her waffle is sitting on the table waiting for her. As hard as this battle will be (harder since I let it all go all month), she will not ingest a snack, lunch or dinner until the breakfast SHE REQUESTED is consumed. Take that glutinous December!!!!

Media is my constant nemesis/best friend…perhaps this is where the word frenemy was created. Between long travels, morning Mommy sleep-ins and quiet time that lasted into the evening hours – the iPad has been permanently attached to my eldest. I don’t think I have seen Drew’s face since November. In some ways the structure of school will easily help us slide into screen time restrictions. In other ways, it’ll be even harder to combat screen time overload because it’s been allowed for WAY too long!!!

Bed time has been at minimum 9pm, reaching into the weeeee hours of midnight on New Years. It’s not just that bed time has been later, it’s that good habits have been forgotten. Story time before bed has frequently been replaced with movie nights. There have been certain mothers that have indulged in snuggle time in efforts to get children to sleep when they claimed that they “weren’t tired” at 9pm. The structure that I normally live and die by has gone by the wayside.

Call it a New Years resolution, call it an intervention…whatever you call it, things are changing around these parts. And the truth of the matter is that none of us did better with these lax rules. Gabby wasn’t more pleasant because I didn’t fight her constant snack attacks. The time spent with Drew wasn’t better because he got the endless hours of iPad use out of his system. And certainly no one did better with a relaxed bedtime. It’s gonna be a little painful now to retrain the dragons but I’m up for the challenge…I really have no choice if I’m going to survive here!!! 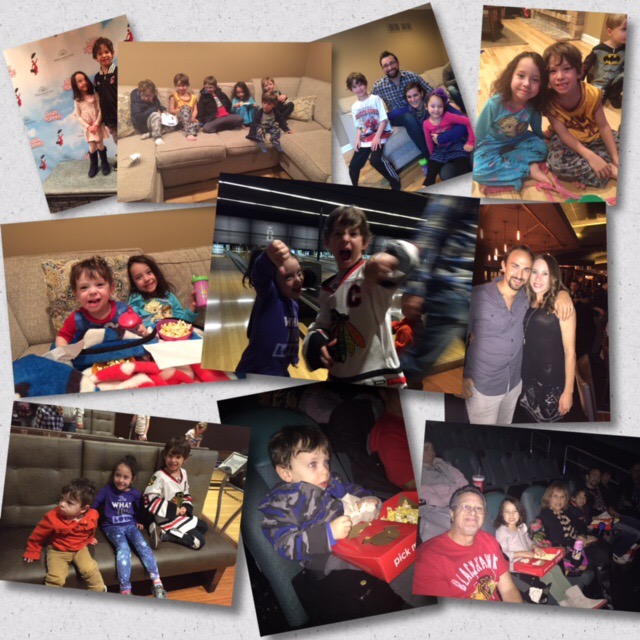 « « Our Trip to Paradise