You’re calling my baby WHAT?!?!

Ten months old. When my other two were seventeen months old, they were practically running marathons. So you can imagine how I felt when Early Intervention came and assessed Noah’s physical abilities at a ten month old range.

It’s a good thing that Noah isn’t my first because I probably would require hospitalization from hearing that. At this point, I took a deep breath and asked how we go from here. And the truth is that this would never happen to a first born because I really think Noah’s lack of walking is largely my fault.

When Early Intervention was here, they suggested I put him down more. I winced at the mere thought. We are either out and about, where the thought of allowing Noah to crawl about amongst all the dirt and germs gives me the heeby jeebies. Or we are at home and all he does is get into trouble or wine for uppie. So I have to willingly commit to dealing with both situations?!?! I have perfected doing just about everything with a baby attached to me. I can’t give that up now, can I???

All through the preliminary bureaucracy of Early Intervention I kept rolling my eyes and sighing because I felt like I was wasting everyone’s time. There was no way that my child that appears fully capable but seems to be progressing at turtle speeds would actually qualify, being at a 30% or more delay. When the therapist described him at a 41% delay exhibiting behaviors of a ten month old, I nearly cried. I’m happy he’ll get what he needs but I feel very guilty and sad that he isn’t further along. 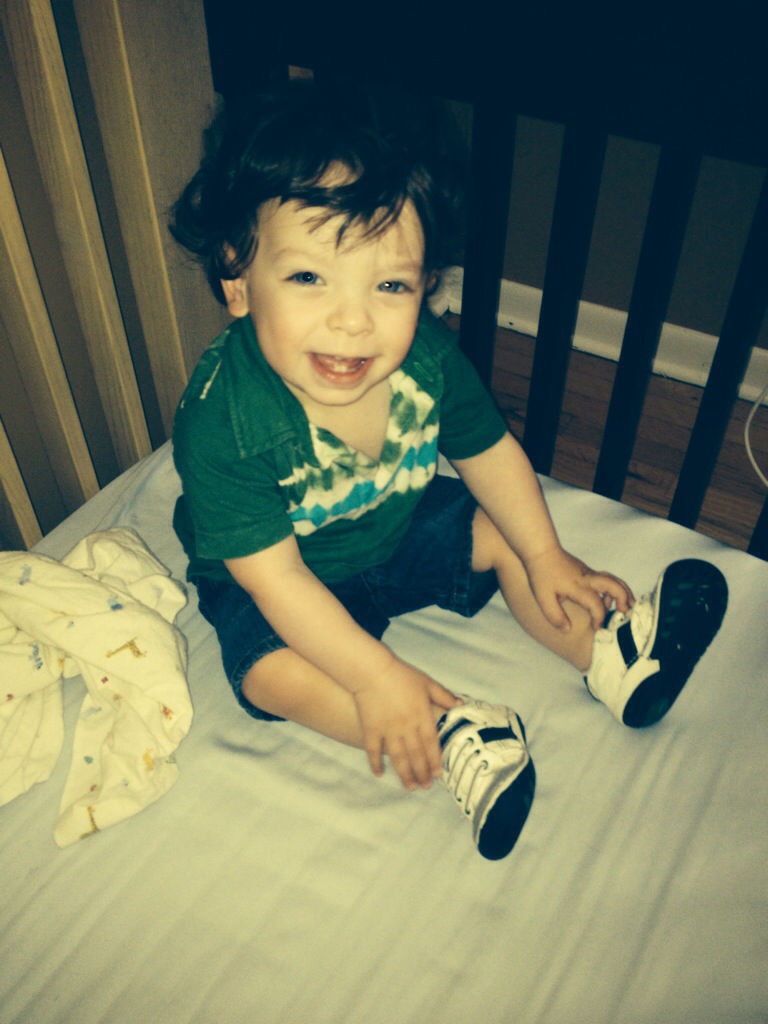