I have had a love/hate relationship with technology when it has come to my kids. I love it when it “babysits ” my kids at 6am allowing for some extra snooze. I hate it when my son has his nose buried so deep in the iPad that it takes me several days to dig him out. Upon my first tour of kindergarten, coupled with the homework assignments that followed, I realized how painfully unfamiliar my son is in navigating a computer. I then evaluated my feelings surrounding technology and our family.

It’s not like I’m anti-technology or something. I like to consider myself progressive enough to electronically bill pay, not only store all my photos but back them up, and I’m totally accepting of a paperless community. The whole screen time thing and lack of creativity involved with that zoned out, glossed over look in my kids faces when they are playing with the iPad turned me off to the whole thing.

You certainly can’t throw the baby out with the bath water. Once I saw how kindergarten uses computers and technology, I started to panic that perhaps I missed the big picture when I resisted computers with my children. It seems as though old fashioned things like penmanship and cursive have become “almost” archaic compared to typing and computers. Unless I want my children to get passed up by their peers, I better embrace it.

Yesterday I had the special opportunity of touring a new school, The Gardner School in Northbrook. The school has desks with computers in both the 3 year old and pre-k rooms. They have enrichment computer courses starting as young as 18 months!!!! (Don’t even get me started on their Spanish program!) 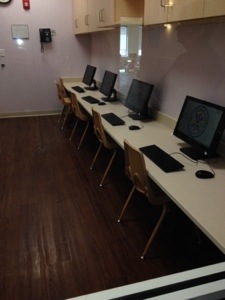 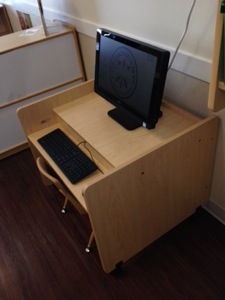 I have struggled with the “responsibility” preschool has in properly preparing kids for kindergarten. I guess I’ve settled in a place where I want my children to have the smoothest transition into their formal education. If that means they can write their name, recognize sight words, or comfortably navigate a computer, then great! They’ll be a step ahead. If they aren’t at that point, so be it. I’m grateful to institutions, like The Gardner School, that give it everything they’ve got to set preschoolers up with a skill set to start on the right foot and encourage a seamless transition (not to mention start good habits early).

My kids might not have access to the amount of screen time they would like, but I’m definitely evolving to recognize the value in early comfort with technology. I just wish our preschool did what The Gardner School does to help me with that 🙂 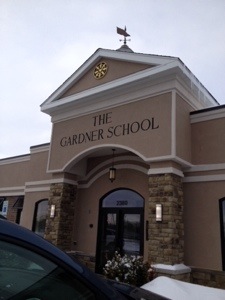