I have a confession to make, I am a processed foods junkie. And much like most women, I have done my fair share of dieting over the years. In high school, I did the whole Weight Watchers thing – except I thought that I could fill my 18 points with chocolate chip cookies and Swedish Fish. And it actually worked! It wasn’t until I got older, and wiser, that I started down a road of “nutritious” eating. 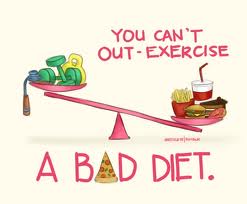 The major problem has been that at first I was a working mom without much time and now I’m a mom of three without much time. If my kids waited until I could make them a nutritious meal from scratch, they’d never eat. For the most part, they are all good eaters. Gabby has been dairy-free (due to an allergy) for the last two and a half years. That has required a shift in menu planning but it has now become second nature. But I have completely fallen victim to bag stir-fry and other quick meal options. Most of which are probably too high in salt and have added preservatives no matter how they say they don’t. The truth is that some of this is just the way it’s gonna be. If there’s something that works, you kinda have to stick with it. Sometimes just getting some calories down their throats can be a challenge.

Now, let’s bring it back to me. I can’t remember a time where I didn’t have stomach problems of some sort. Hell, I’m Jewish it comes with the territory. There has been, however, a buzz about gluten-free and it helping with some of the issues I complain of. It may not be NKOTB, Backstreet Boys or Justin Timberlake but it is most definitely not beneath me to become a groupie. So, here I go.

I’m day one and a half into this thing and so far I totally don’t get it. I thought gluten was wheat, flour, etc. But now I also can’t have my low-cal ranch dressing…huh?!?! And because I’m totally confused by what might potentially have gluten in it, I’m finding myself eating WAY more fruits and veggies. Um, could be worse. Adam already said that he is not being taken on this roller-coaster ride, I must travel the gluten free world alone. But I have news for Mr. “I travel all week,” I’m the one doing the grocery shopping and I’m the one cooking the meals 🙂

I don’t know how I can sustain the willpower to eat gluten free forever but I’m going to try it out and see how I feel. I don’t know a single person who has tried it and NOT liked it. Just not sure I’ve got what it takes (says the girl who has already uncovered the Mike and Ike’s are gluten free…doh!!!).