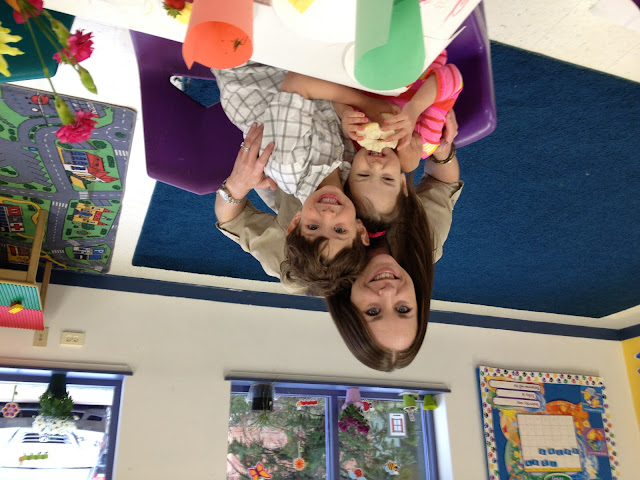 I sometimes wonder when other people post adorable pictures of this nature…is that what their day/their experience is reflecting. If I didn’t blog, all the onlookers would see pictures like this one and think I have the sweetest, loving little family. Rather, I take this medium as an opportunity to vent ALL my many frustrations with my kids and leave my readers thinking that I have horrible kids. Truthfully everything is probably somewhere in the middle. My kids CAN be sweet and loving but they also can be monsters that drive me insane. I just wonder if all the other mothers that are happily posting their pictures with their kids on Mother’s Day feel as conflicted as I do at times.

Mother’s Day started with breakfast at school on Friday. My kids were wound up crazy people from the moment my ittiest of piggies set foot on the premises. I pulled them into a bathroom for a pep talk on how they were going to calm down and we were going to have a nice time if, so help me, it killed us! It was all down hill from there. Perhaps I should have ignored their craziness and it would have muted. Perhaps I need to just accept that my children resemble wild beasts in some desolate rain forest even if it means judgement eyes from those around. Instead I thought I was setting us up for success by laying out the expectations and it all went awry anyway. I left the school early with Drew upset and Gabby under my arm thrashing, clawing, biting and screaming. Ahhhh the joys of Mother’s Day. 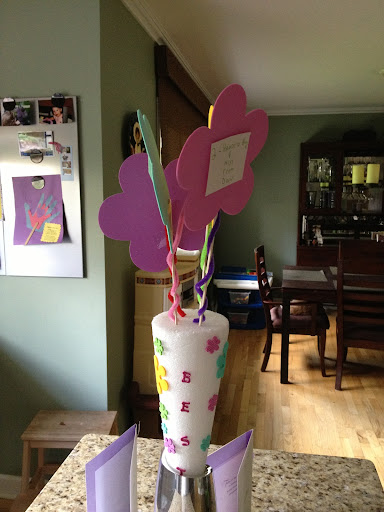 Actual Mother’s Day consisted of tears, quite a few of my own, arguments and harassment. When my kids marched in to give me the cutest, sweetest present (thank you Adam for being so nice and considerate), there was a solid two seconds of them spending their energy loving me but then five minutes of them fighting.

Yes, there were minutes where they were nicely playing at my in-laws and not reeking havoc. But there were also two back-to-back tantrums that left me energy-less and depressed. 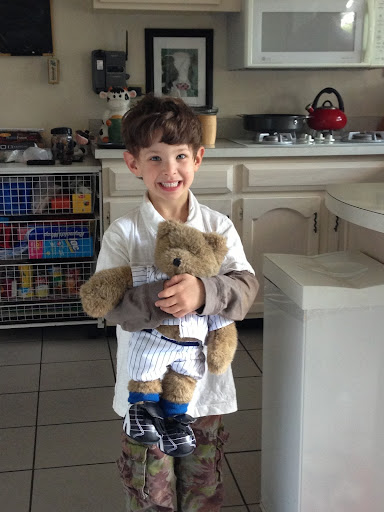 The only person I have to blame is myself. Did I expect them NOT to act like toddlers/young kids?!? Did I expect them NOT to have the same struggles they have each and every day?!? Why did I think this day would be any different? The part that hurt me the most was that all these “friends” on FB were posting pictures of lovely days spent enjoying their children. When do I get to do that? Or how do I get to a place where I can focus on the two seconds they were being sweet and ignore the five minutes they were not?

I’m finding that I’m spending monumental time in their lives upset with them, upset with myself and ruining things we do together. I can’t seem to get THEM to change, so somehow I need to find the strength in myself to change. I need to stop looking at pictures of people who have families and lives I know nothing about and wanting my life to look like the pictures we all post. But maybe that’s just it…we post these images but we are struggling with the same thing? I hope so, because I certainly would feel like less of a failure…

The Return of Snow Days » »