She might as well have said that I’m starving my child. Tears started streaming down my face and no amount of blinks could hold back the disaster I was about to become. She asked if I had family to lean on…um, I’m leaning on them about as much as humanly possible and I still can’t pull this off!!!

Those were the high points of today’s doctor’s appointment. Noah has really not been gaining weight. For the first two weeks after our last doctor’s appointment, I dedicated myself to pumping a ton and trying to up my supply. For the last two weeks, I became so wrapped up in just existing that I was completely unable to participate in those efforts. I have since gone throw almost every bit of back up breast milk supply I have.

I placed him on the scale and held my breath. And almost as if someone was telling me that I will never be a successful mother, that I can’t take care of my children well enough, and that I have my priorities all out of whack…the scale bitch slapped me. The sadness I felt and continue to feel is completely irrational but I can’t seem to get a handle on it.

In some ways my persistence to make nursing work, seems so selfish of me. I complain that Noah spends so much of the time crabby, but the kid is hungry. Hunger, a Jewish mother’s worst nightmare. And if formula will provide him with the nourishment he needs…what the hell are we talking about here?!? Give the child a freaking bottle!!!

But I want so badly to make it work! I want to feel like this time, as a stay at home mom while successfully balancing the other two, I could do it. I could nurse him the entire year and feel so good about having this bonding time with him, for the last child. I wanted to feel like I continued to give him all the nourishment he needed the old fashioned way, the best way for him. 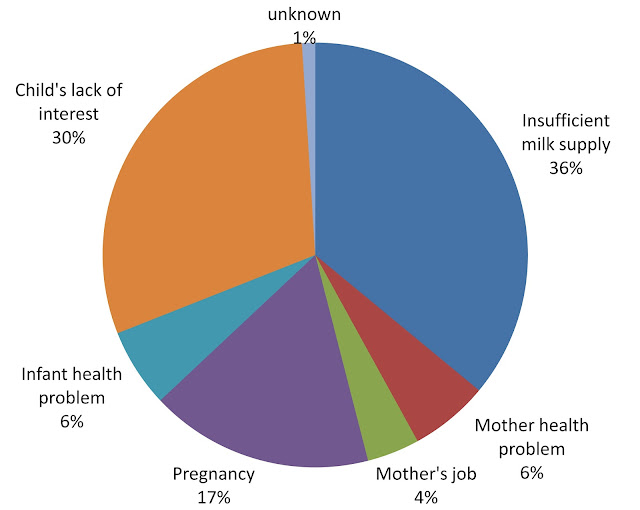 This feeling of failure is running through my veins right now. The feeling of disappointment is overcoming me. And it’s all because I have to give him a bottle?! So many people do that and have perfectly good, healthy children. After all, I did! I gave my others bottles. But this time was supposed to be different! This was supposed to be one of his few (or so it seems at times) advantages as the third child.

So why be so hard on myself??? Because that’s the way I roll. I am a perfectionist. This motherhood thing would be so much easier if I could just let go of the fact that I want things to go a certain way. I need to learn to go with the flow. I need to just roll with the punches. But instead I turn it all inward and beat myself up about it all.

So tomorrow, in my day full of madness, I’m going to purchase some nursery water. I’m not going to give up nursing, but I’m going to add a bottle on top of nursing like the doctor wants. I’m going to give Noah what he needs because that’s more important than anything. Hopefully at some point, my kids getting what they need will mean that I also got what I need (even if it’s far from perfect).