Sins: An immoral act considered to be a transgression against divine law. Definitely a four year old definition! 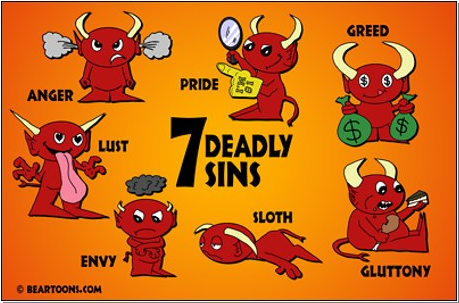 Tonight at sundown starts the holiest of Jewish holidays, Yom Kippur. From my understanding, Rosh Hashana is the Jewish New Year and exactly a certain amount of days later starts Yom Kippur where G-d takes out his book and decides who will be entered in the Book of Life. Something like Santa Claus assessing who’s been naughty and nice.

My religious feelings, as previously mention, relate more to my commitment to my family and my family’s traditions. However this, similar to my observance of Passover and not eating bread for that week, is an opportunity for me to recognize how very blessed I am. It’s a good opportunity for me to focus on the mistakes I’ve made, the things I’d like to do differently and really focus on what’s important in life. Call me religious or just spiritual, but this holiday is very important to me.

Part of this holiday means not eating for approximately 24 hours in atonement for our sins. Fortunately for preggers, I get a pass on the not eating part. Normally I do, however, obstain from eating and drinking all day and become a horrendously horrible person to be around. That being true, I still force myself through it out of my aforementioned feelings.

Drew goes to a Jewish school where they have been lightly discussing what Yom Kippur means. That, coupled with our preparations (I’m hosting break fast) for Yom Kippur, has stemmed some very interesting dinner conversations about what sins and this holiday are really about.

Adam gave a very good example of how he fell asleep on the couch and didn’t help his wife clean up the kitchen as a sin he regrets and hopes to learn from next year. I mentioned that I feel the amount I yell is a sin that I would like to repent for. And my four year old, that frequently ceases to amaze me, mentioned that he cried when his t-ball team member scored a home run and he should have cheered him on. Huh?!?!

Is it actually possible that Drew has absorbed some of the lessons I’ve tried teaching him?!?! On the heals of yesterday’s blog, It’s just a game, does he get it more than I give him credit for?!?! We’ve continued to talk about the fact that there are things we say and do that we aren’t always proud of. This holiday gives us a chance to think about those things, commit ourselves to being better people next year, and change to be those people.

I recently saw a quote where someone anonymous said, “Your children will become who you are; so be who you want them to be.” I can’t promise that in our daily lives there aren’t ugly parts that come out that I’d prefer my kids not be exposed to. But I try very hard to consciously commit to being a good person that helps to shape them into good people. Yom Kippur is giving me the opportunity to re-focus on that. Amen.