Yesterday I spent the day with an unrecognizable child. This child had 3 temper tantrums about non-sensible things like getting into a diaper, being fascined into a car seat and holding hands in a parking lot. There were 3 shakedowns where this same child either pushed, grabbed or hit causing another child to cry.  I went out of town for the weekend and my baby has had an alien climb into his body and has taken him over!!!! 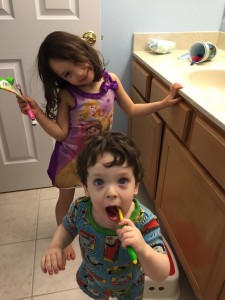 Noah has been a little slow on the uptake – didn’t walk until 21 months, etc etc. And although I want him to be on a natural path, I’ve sorta celebrated his late development. He’s my last baby and if he wants me to carry him until he’s five, so be it!  If he wants to stay in his crib until first grade, okee dokee. If he’d like to marinate in that diaper until college, fine by me!

What I forgot about is that he has free will. He may have not had the will to walk earlier but he certainly seems to have plenty of that free will now and he wants to exercise that muscle.  Much like most toddlers in America, he wants to tell me who’s boss in the loudest way possible.  The message seems to have skipped my kids but despite all the screaming and temper tantrums, it is I that is truly the boss. 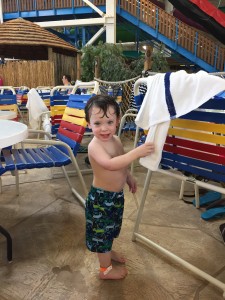 He can cry until the cows come home but that little pisser must wear a diaper, period. He can carry on until next Tuesday, but getting into his car seat is non-optional. And at this point if he doesn’t want to hold hands in the parking lot, I can still pick him up screaming. Take that toddler!  So who really is boss, 2 year old?!?!

The problem is that as they get older fighting those fights are harder. And one would think that these power struggles would be less prevalent with age and better communication skills, but that’s not always the case. I find myself in situations with my six year old where it’s similarly non-sensible and I can no longer force him in ways I could when he was 2.

And then I just become mad.  A very intense, multilayered anger. I have found myself in hairy situations like those where only a snuggle with my beautiful, SWEET baby boy could nurture me past my frustration. Low and behold, I’m now finding that same child is the one causing that frustration!!!! How am I supposed to weather that???

This hurdle is one that most go through at some point. And generally speaking, for the most part, I think it’s one that Gabby (my 4-1/2 year old) is close to being on the other side. So if I stay the course and trudge through it, hopefully he’ll come back to me the sweet boy he once was. Or he’ll be like his older brother…still arm wrestling me for the title of boss 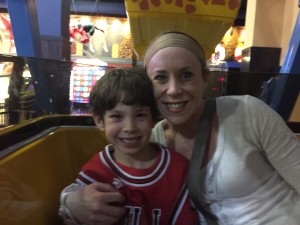