I take full responsibility when my kids act like jerks. I hold myself accountable when my kids have bad listening. I blame myself when my kids misbehave. My grandma said something interesting to me yesterday. She more or less said that it’s not always all about me. Say what?!? 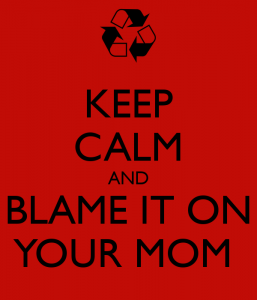 These children are born with their own brains and personalities. They might make some (poor) choices or behave certain ways because of their genetic makeup (which I could still argue is my fault) and not because of anything I did (or didn’t do).

But I’m their mom. It’s my job to teach them right from wrong. So if they do something wrong, it must be my fault right?!?! I guess that’s where it gets hairy… 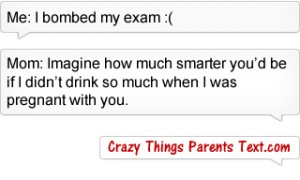 I can’t even begin to count how many people have told me to give myself a break. And although I appreciate that perspective, if I don’t blame myself…then who do I blame? My highly emotional six year old who is struggling from leaving his baby-ness behind so he can more comfortably fit into these older child years? My four year old who is sandwiched between two needy boys? My little baby who seems to only get the leftovers? Are they the ones at fault for their (bad) behavior?

I believe in nurture and nature. I could not do anything to stop Drew from being a crazy sports fan, that is in his nature. But how I nurture his interests is going to play into what kind of sports fan he is. And I cannot escape the enormity of that. I cannot escape that every move I make has some impression (small or large) on these little people that entered this world relatively unscathed. So I will forever be haunted by the role I play in these people’s lives. As much as I try to always put my best foot forward and give them the best I’ve got, I find myself reacting inappropriately to things, saying the wrong things and acting like a jerk myself. And then I have the nerve for criticizing them for doing the same (misbehaving, saying the wrong things and generally just acting like jerks). How could I NOT be to blame???? 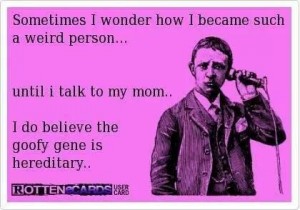