I’ve been spoiled. My first born child is the best eater. As a baby, he devoured broccoli. His favorite treats being tomatoes. My biggest concern nutritionally with him has always been how I will be able to sustain my food budget once he’s in high school since he is such an eater!!!

Gabby, on the other hand, has always eaten like a bird. She had so many dietary issues as a toddler that she was limited. She has, however, always had a love for fruits and vegetables. One Thanksgiving she had an entire meal of roasted veggies and passed up any sweet treat.

They are normal kids though who love pizza, Mac and cheese and desserts. Since they have always been open minded about what they eat, it’s been relatively easy to enforce a certain amount of bites necessary to “qualify” for dessert.

Unfortunately, all my nutritional values seem to have gone out the door with the third. He has developed a lovely habit of throwing any and all food that is not of interest to him (which frequently happens to be anything in the fruit or vegetable category). The other night he would only eat Cheetos at Subway and I was too overwhelmed with the other two to battle that. Instead I embraced a malnourished meal of processed, nutritionally inadequate starch. And when the other ones “qualify” for dessert, he doesn’t understand that they ate a well balanced meal so they can have a treat. Frequently when he’s screaming to eat the dessert his brother and sister earned, I will surrender and give him the same dessert even though he didn’t have the same well balanced meal.

There are many examples of the benefits he gets from having his older siblings pave the way. Sadly, he doesn’t seem to benefit in this circumstance. I am someone who eats very healthy and prides myself on raising my children the same way. I guess two out of three ain’t bad. 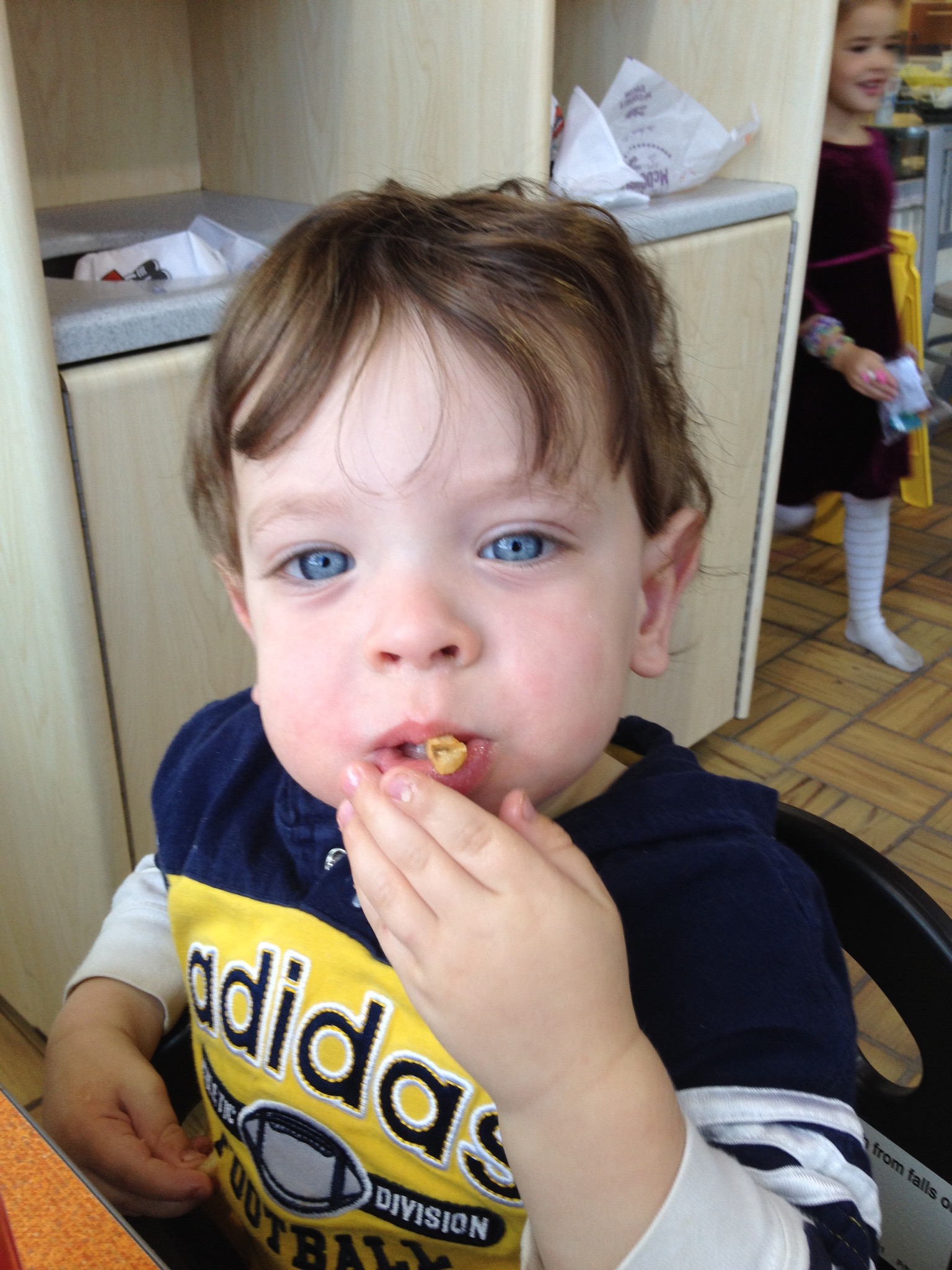