Stuck in the Middle

What’s the deal with the whole middle child thing? Speaking as an ONLY child, I’m not sure I completely understand family placement issues. The middle child isn’t quite sure where they fit – they aren’t the first born, nor the baby. Duh, that’s because they are in the MIDDLE! That’s their place, that’s their role!! And when that middle child is the only gender in the family, that’s a pretty damn important place to fall!!! 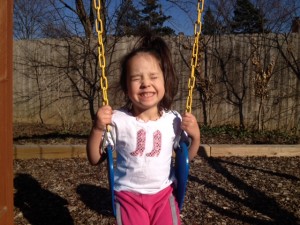 Drew is the boss. He’ll be the first one to tell you that. And it’s true. In addition to he being the first child, the one who taught me what it was to be a mother, he was the one who I tried my very best to give everything and do everything for only to learn that you never can give everything or do everything for your kids so just accept you’ll always fall short. He also is very difficult. He will never be the kind of kid who just goes with the flow. Maybe that kid doesn’t exist and he really is just a normal kid but he was the first one to show me that kids are difficult. I am totally guilty of saying and do things to cushion the blow for Drew. And perhaps that ultimately leads to the middle child feeling a little middle-ish. 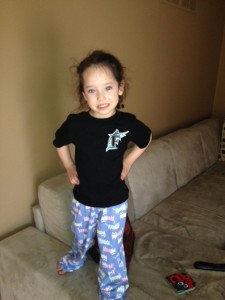 Noah is the baby. To be honest, I’m not sure being the baby has scored him any major benefits here. I’m too crazed to spend my days in baby play dates. I’m spread too thin to spend hours working with him to develop his skills (his lack of walking is a HUGE sign of that). And I’m not exactly making homemade baby food or nursing until he’s five. Sure, I like to put him to bed and rock him a little longer. I’m not sure that I do that because I’m holding onto his babyhood or I’m scared of facing the other two monsters at bedtime. Either way, he is my last and final baby. That’s his place for better or worse (and sadly I feel like it’s probably for worse more than it’s for better). Having a new baby definitely pushed Gabby into middle status in a way she was uncomfortable with, even if the spotlight is on her WAY more than it’s on the baby.

Gabby is THE GIRL!!! In some houses that might not be a big deal but in this house – it’s a HUGE DEAL! I know girls. I know girl interests. I know girl styles. I always wanted a girl. She is the girl I always wanted. (By no means does this mean that I’m not thrilled to have the boys that I have, because I couldn’t be happier with them) The problem is that she has become the middle child. Maybe the fact that she’s also three and a half isn’t helping the case. There is never enough attention in the world for her. Her voice is never loud enough. Her actions are never fierce enough. When I’m not catering to Drew’s every desire, literally doing everything (chasing mostly these days) for the baby, I’m managing my diva of a middle child. And sometimes I have to remind myself that she is my girl, she’s the little lady I need in this world of boys and she’s the one that is going to be my best friend someday (or die trying). Because most days with her are a roller coaster of emotions and struggles that I think are worse because she’s sandwiched in the middle of her brothers.

One thought on “Stuck in the Middle”