Yesterday I braved the mall. I figured that the festiveness would be a nice change from the world of home improvement. I went to my childhood mall, the mall where I’ve been hanging out at for many years. It’s easy, I know it like the back of my hand and I could get all my errands done there. While I was there I saw someone I recognized from high school. He looked exactly the same. He could have been wearing an outfit he wore in high school fifteen years ago. And seeing him there, seemingly in the exact same place in life he has been at all this time, while I was there with my two children depressed me. 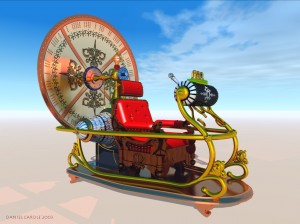 You would think that I would feel sorry for him. After all he has been loitering at the same decent mall for probably twenty years. In that time span I have gone off to college, traveled foreign countries, lived in a variety of cities, had several careers and now have procreated twice! He seemed like he’s been chilling for the last twenty years.

Maybe it was the exhaustion of managing the kids, packing and unpacking a home and all the other housework. Any way you look at it, I am so old in comparison! The irony is that he is actually older than me, yet I feel so much more grown up than him. And part of me was jealous of him.

If I had never done the things I have done in the last twenty years, I would most definitely be longing for those things as I passed people that had done those things. The grass is always greener on the other side of the fence. However I felt this was part of a larger problem I experienced in my youth.

My mom would definitely insert a hardy “I told you so” in this blog. Despite our parents efforts to slow us down and let us enjoy our youth, it’s frequently too hard for a younger person to understand the consequences of their behavior until they are too old and there’s no going back. And seeing that person who appears to be basking in his immaturity (perhaps even stuck in it), I couldn’t help but feel jealous for his appreciation of those years I breezed through.

I never thought that I would long for my adolescence. Not like it was bad, per se, but I wanted so much more. And now that I have so much more, I’m thinking I’d like a vacation back when I had a little bit less. Anyone got a time machine?

One thought on “Time Machine Wanted”

The Grinch Who Stole Christmas » »