This whole boy thing is completely foreign to me. I never grew up with a brother, I was never forced to do boy things or be exposed to boy interests…at least until my husband came around. Now I find myself in a world of baseball cups (yes those things they wear in the crotch of their baseball pants), action figures, (not to be confused with figurines – classic girl mistake) and sports coming out of my ears!!! 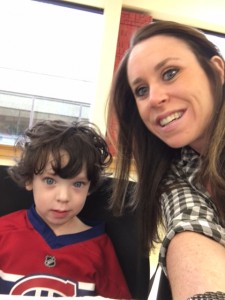 The first nuance that I had to adjust to was sports. Yes, girls play sports. Yes, girls follow sports. But I have never and probably will never meet a girl who is as obsessed with sports as my oldest son. I never knew that kind of passion happened with people in regards to sports. Even less, I had no idea that the passion started so early. At the tender age of one, he sat wide eyed and bushy tailed at a baseball game for all nine innings. Who is this kid?!?! 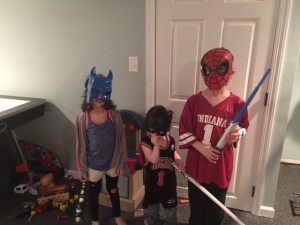 Not all boys have that extreme boy personality, but Drew most definitely does. I think Noah would have a chance to be a little more well rounded – nothing gets him more excited than a firetruck (something that was completely missed on Drew). However, the fact that his older brother, who he so looks up to, is so interested in sports, leaves me with yet another fanatic!

It started with the clothes. Drew, at a very early age, didn’t let me dress him in cute clothes. Rather, everything had to be sports – shirts, jerseys and pants. Noah has taken an affection for Drew’s hand-me-down Northwestern basketball t-shirt in a way Drew once felt for his Blackhawks Kane jersey. Here we go again! 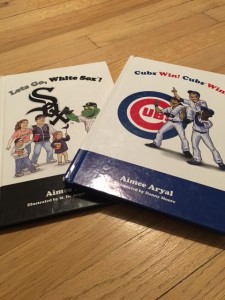 I thought the days of reading these books were over. The truth is that they are totally boring, long and completely sports focused. I’m having a major case of deja vu because Noah is begging nightly for the books I had hoped we had retired. C’mon my little firetruck loving, friend of George’s…can’t we read about a train or something?!?! 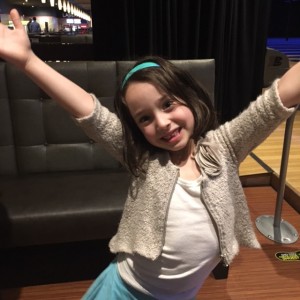 The good news is that I got my girl. And boy is she a girl! She loves wearing makeup, playing with dolls, and just about everything else girly you can imagine. One would think that that would be the solution for a mom too infused with boyish things. One would be wrong! Gabby has an opinion about everything. At the young age of five, I find myself fighting with her about everything from what book to read to what clothes to wear. Maybe I wouldn’t feel so much pressure to get in the Pinkalicious book or dress her in cute clothes if I hadn’t lost all the power with my boys. Or maybe the truth is that no matter what gender your kids are, they still have their own minds and are going to choose what they like despite what you think. Either way, I’m tired of the sports books. I’m tired of playing hockey in the basement too. Maybe it’s time for some QT with little Miss Attitude to get my dose of girly and then head on back to the crazy world of sports boys!