Oh no, not here, not now…you are not choosing TODAY to be potty-trained!!! Noah decided today was the day for underwear. I can’t tell you how that should be music to my ears, but it just isn’t. I must go to the gym, I have a mani/pedi date, Adam is out of town – this is NOT the day to be potty-trained! Hence, the essence of Noah’s life. 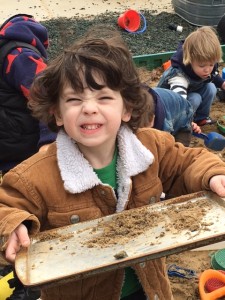 I was “determined” to nurse Noah an entire year. I had unsuccessfully nursed my other two (Drew only making it three months and Gabby making it nine). This was the child I was going to do it ALL right, starting with nursing him an entire year. Failure after failure, I was not going to give up. Finally one day the doctor looked me square in the eye and said that I needed to give it up. He wasn’t getting enough and needed formula. Most mothers would look at that, and probably comments will pour in, as something that happens that is no indication of what type of mother you are. They would be wrong. The truth that I was so aware of was that I couldn’t relax enough to allow for him to happily eat. Either I was concerned about what was going on with the other two or I was anxious about what I needed to do next. I couldn’t just sit back, relax and enjoy the nursing experience. Therefore, neither could this precious baby that got thrown into our crazy family.

I spent the early part of his infancy plopping him in some mechanism around the house and…hm maybe I shouldn’t write this for all to see, oh well…forgetting about him. Where’s the baby?!?! That infant carrier became his full time home. Walk in the door with the crazies, plop the car seat down and tend to the louder barks. He became accustomed to that life. Then suddenly when he’s thirteen months (the age the other two were when they started walking), I was shocked he wasn’t walking. Who do I think I am?!? The other two go their turn at playing on the ground, working on their core and age appropriate play time. I think that I should be allowed to keep him in the car seat the majority of his life and he’ll learn to walk by osmosis? 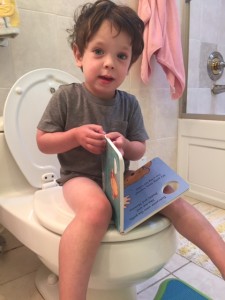 Noah turned three in December. His peers at school are starting to potty-train. Last week I was paged at the gym because he went into the kid’s club bathroom and stripped down. He claimed he wanted to go potty. My other two were potty-trained by now. I just can’t handle potty-training him now. I don’t have an entire day (or weekend) to hang out at home and wait for the accidents to start. And believe me, everyday isn’t full of the gym and nails. But I can already see this trend, he’s going to be four and not potty-trained and I’m going to want to blame him for that. It’s really me! It’s always been!

Recently Noah has become a devil. He’s having temper tantrums for the first time. He’s spending more time in time-out than probably anywhere else. He’s pulling all the stuff that his older siblings have been doing for ages but I always counted on him to be the easy-going one. What I didn’t realize is that there was no room for him to exercise his muscles. There was no room for him to exclaim he didn’t want to go to bed at night because the other two were so much louder! All of a sudden, he has found his voice and is stepping it up. So he chose today to be the day he demands underwear. The good news is that I called his bluff and within twenty minutes he wanted his diaper back. Phew! It can all be my fault but for right now we’re going to postpone potty-training for another day.