End of a Chapter 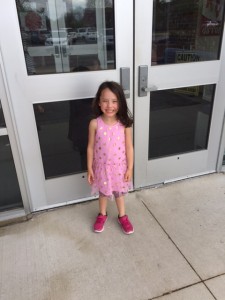 Today Gabby is graduating from preschool. My only preschooler left is my baby – who really is less a baby than I’d like to discuss. From my memory, Drew graduated preschool two seconds ago. And now it’s already Gabby’s turn?!?! 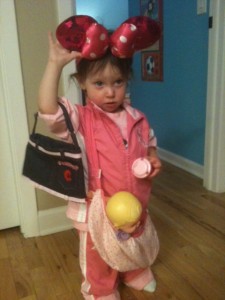 Part of the issue is that there is such a focus on progressing our children to be less dependent on us. That’s especially true when you have another baby who needs you. Everyone is so eager for their babies to walk, get out of diapers and become more engaging.  But in encouraging those things and always focusing on the next stage, we find ourselves out of the last stage so quickly. Most of us aren’t mourning leaving crawling or diapers but we find ourselves so far from that point and a little unsure of how we got here. 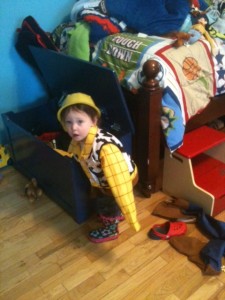 The other issue, one of which I have major guilt surrounding, is the middle child issue. She wasn’t my first child to walk, nor my last. I always thought that since she is my only girl that would define everything. And as much as I’ve enjoyed that she IS my girl, I find her baby years hard to remember in ways the other two’s are not. I’m sad to say/think about it but it’s just what happened. I look at pictures of her with short hair and boots (because she always wanted to wear boots) and it’s very hazy. 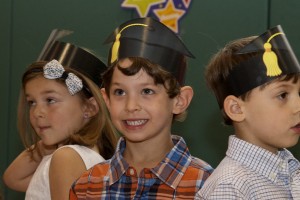 When Drew graduated from preschool it was less dramatic for me. For one, his following year was going to look a lot like his preschool year – 2.5 hour day with some extras thrown in. Gabby is plunging into full day school like she will have for the next 13 years. Our times of bumming around during the day or impromptu snuggle afternoons are over.

Second of all, I was sooooo in over my head in the years of Drew graduating preschool that I welcomed time away from me spent in enrichment and kindy activities.  I knew that the time would come where I’d probably regret wishing away those years but Drew and I have always had a complicated relationship and I was in such a crazy time. Now, however, I’m holding onto everything resembling babyhood, especially with my number 1 girl, because my days are numbered. 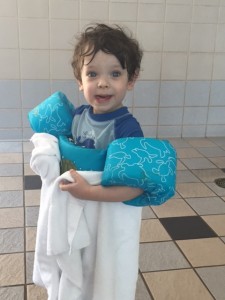 Someone wise once told me, “the days are long, the years are short.” At that time, I knew intellectually that it was true. Now I know intellectually and emotionally how VERY true it really is. And as much as I try to keep it in mind during our daily chaos – days, weeks, months and years keep passing me by. How is it possible to slow it all down?