Even Duracell bunnies get tired

Long days are nothing new for my eldest. That child has frequently been compared to the Duracell bunny. He keeps going and going…

From the point this child gave up his nap at the tender age of three, he fell asleep during the day (maybe) two times. He has never been one of those kids who fell asleep in transit after an active day. He’s always ready and up for more! I partially attributed this to being in daycare as a baby and starting out life with full days. Whatever it is, I never worried about him acclimating to a long day of school. 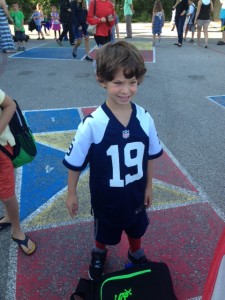 It doesn’t seem to matter what I do, but when I pick him up from first grade he seems to find some reason or another to be mad at me. I walked to pick up instead of driving. I brought the wrong snack. I didn’t bring a snack. He doesn’t have a play date. He doesn’t want the play date he has. Etc. etc. etc. Although these tantrums are really the only evidence I have, I’m starting to think that first grade has been a long day for him and he’s having some trouble acclimating.

I have not heard from his teacher about problems he is having (or not having as the case may be) in the classroom. So I’m going to say no news is good news. She did mention that it takes until November for these little kiddos to get the jive of this whole full day first grade thing. His reading is getting better day by day. And despite the fact that he is by no means EAGER to go to school in the morning, his complaints are relatively minimal.

It probably just “IS what it IS.” It’s a new experience (for us both). I’d be lying if I said I wasn’t eager for the day where I pick him up and he’s just happy with the situation at hand. I’m anxious for the day where he comes home, takes off his shoes, goes to the bathroom, and politely asks for his snack (all without tantrums, drama and nagging). It might be an unreal expectation that that will ever happen. Oh well, a girl can dream can’t she?!?! 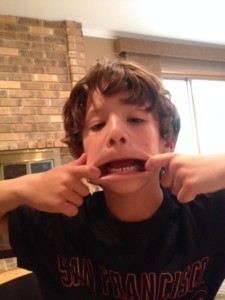